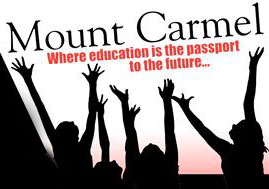 It is widely believed that the government plan to bring forward a white paper that will force all schools to become academies.

This is a two edged sword for the government. On the one hand they will look like they are able to get their way on education but on the other hand it is clear that they have failed to convince the vast majority of schools that academies are a good idea. That is not surprising as figures from Ofsted show that a school is six times more likely to get out of an inadequate grading if it remains a community school rather than become an academy! This is totally contrary to the government’s mantra that all ‘failing’ schools must become academies in order to improve.

There is another side to the government’s push however, in that some local authorities seem to be throwing in the towel over resisting academies. Two schools in Islington, The Mount Carmel girl’s school and another are faced with the prospect of being converted to academies. Teachers at one of them, Mount Carmel, have already voted to resist the move and are considering taking action. A school in Greenwich, Joan Roan, is also facing academisation. It seems some local authorities are beginning to adopt a ‘jump before you are pushed’ attitude. They are advocating the Multi Academy Trust as a viable option claiming that ‘schools working together’ in the face of declining budgets is desirable. I thought that is what schools already do in our local authority family of schools and in our clusters!

We have to recognise that the fight will be tough, but it is possible to win. Just this week Small Heath School in Birmingham was saved. Teachers there had taken several days of strike action that resulted in the sponsor pulling out and the local authority announcing that it would not be looking for a new one! In the battle Simon O’Hara, the school rep was victimised and his position has not yet been clarified so further strikes may take place!

Schools faced with becoming academies must contact parents right away and initiate a campaign. There are plenty of resources on The AAA website to help.

London schools are about to be hit with an unprecedented wave of cuts to their budgets up to 20% in some places and academies could see extra cuts. This is a time when all in education should stand together. Talking about more academies is simple divisive. Labour boroughs such as Lambeth and Islington should be leading the fight.

[bctt tweet=”We have to recognise that the fight will be tough, but it is possible to win.  @EducatingJess”   via=”no”]

Jess can be contacted on @EducatingJess or at her Facebook page