Universities and schools have long worked together. Universities have trained school teachers, many teenagers leave school and go to university and universities have often worked closely with local authorities. But in recent years, some universities have become ‘sponsors’ of academies – requiring a very different type of relationship between the university and the academies and free schools it sponsors. Some universities seem determined to even embrace the most controversial aspects of the academy policy and open free schools – as seems to be the case in Brighton.
Why are some universities willing to encourage some schools to leave their local authorities and become academies? Why do university trusts want to privilege and work especially closely with schools that will compete with other local schools that won’t have such a close relationship with the university? Are there reputational and financial risk to universities and educational risks to the pattern of local education and partnerships between schools? Do these new arrangements undermine the ability of universities to carry our independent research into government policy? Are these arrangements democratically accountable to local communities or in the public interest? This article begins to discuss these questions.
Universities: Leading or following?

A feature of academy schools and academy trusts has been the involvement of universities as sponsors. The prospect of a university sponsor may seem more palatable than a private multiple academy trust (MAT) but do universities necessarily make good sponsors?
In 2013, the University of Chester Academies Trust (UCAT), the self-styled “leading university multi-sponsor of academies nationally”, referring to its 100 year history and its Education faculty’s ‘outstanding’ OFSTED rating, promised “bespoke packages of support unique to each individual Academy’s circumstance”. Lord Adonis – former education minister and “godfather” of the academy movement – described these kinds of arrangements as “the future of education”. Just one year later, UCAT was one of 14 Trusts barred from taking on more academies because of “unacceptable low performance”. It has now withdrawn from sponsoring two of its nine academies abandoning parents, children and staff.

The Chester experience is far from unique. Last year, Samworth Academy, one of the academies sponsored, with some controversy, by the University of Nottingham was told its standards were “unacceptably low”. Academies sponsored by the Universities of Staffordshire, Bradford and Sunderland have not improved and remain ‘requiring improvement’. According to a recent Schoolsweek article academies sponsored by the universities of Bournemouth and Liverpool have been abandoned after financial failings. The Enterprise South Liverpool Academy claimed it owed its success to access to “the knowledge of one of the country’s premier universities” but the university withdrew in January 2015 after the DfE highlighted a £2.6m deficit. A Trust backed by Canterbury Christ Church University has also run into financial difficulty.
The evidence is clear. Universities may have strong faculties of Education but it does not follow they can run schools well. Professor Becky Francis, director of the Academies Commission, is quoted as saying “Sometimes sponsors seem to underestimate the extent of their responsibilities and their need for dedicated involvement, especially when they are in a partner-sponsorship arrangement”. As the college and universities lecturers union (UCU) has remarked: ‘Most colleges …. have their hands full running their own organisations, and staff are over stretched. Why should they take on running another, different and complex organisation’?
There are inevitable tensions inherent in university academy arrangements. Universities may claim a commitment to their local community but this is undermined by privileged relationships with individual schools. The vice provost of UCL for example, described the motivation for sponsoring an academy as being able to “build a truly deep relationship, in which every day there would be some type of contact going on between UCL and the [school].” How does establishing such a ‘special relationship’ with one school enable the university to help all schools? Indeed, some local schools view the university academy in their area as a threat.
Furthermore, university sponsorship, like private business sponsorship, undermines local democracy. Universities require no more than the limited consultation and accountability mechanisms adopted by private sponsors. The spectacle of university academies trusts ‘consulting’ via meetings of small numbers of parents or sealing deals behind closed doors is unedifying. Nor is it without risk to public money. UCU has warned that sponsors have potentially autocratic powers which lead to potential abuses similar to those of the ‘cash for honours’ scandal. As Professor Francis has said: “The Government needs to increase transparency and accountability for academy sponsorship” and this applies as much to universities as other sponsors. 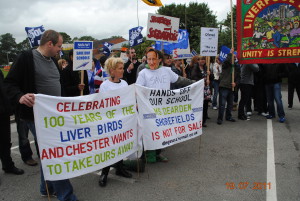 The university’s relationship to research and policy is also a source of tension. It has been argued that neoliberalism has undermined the ideal of disinterested academic research and produced a fundamental shift in the way universities define and justify their existence. Open intellectual enquiry is increasingly replaced with stress on performativity in which the rising importance on ‘managed research’ and the pressures to obtain ‘funded research’ compromise or put pressure on academic freedom.
This tension is particularly apparent in Faculties of Education which have been characterised by relatively low levels of engagement in academic research compared to other disciplines. Some undertake research which has revealed academies and free schools do not improve performance and may be divisive (see for example, the 2014 special issue of Research Papers in Education on Academies, free schools and social justice), evidence now acknowledged by Ofsted and the Education Select Committee. Others by contrast, are tying themselves into this contested policy and compromising their capacity for independent research.
Academy sponsorship exposes universities to reputational as well as financial risk. What is the impact of failed academy ventures on the universities concerned? More fundamentally such sponsoring arrangements, even where they are successful, can be seen as evidence of institutions’ capitulation to neoliberal demands of ‘edubusiness’ in which the Academy Trust may be seen as driven by attempts to secure their share of the market for teacher training, CPD and school improvement consultancy.
“It would be too much to expect Ministers to show enthusiasm for research designed to show their policies were misconceived. But it seems obvious that in many cases the public interest will be served by such research being undertaken”. This is no less true today than when included in the Rothschild report on research funding in 1982. The role of universities is to lead by carrying out research which challenges, and thereby results in better, policy, not to blindly follow it.